🍪 Duckly uses cookies in order to provide some basic features. By continuing to browse the site you are agreeing to our use of cookies.Check our Privacy Policy for more information.

Duckly is a video chat tool built for software teams that enables you to talk and collaborate in real-time. With Duckly you can share your code directly from your IDE and collaborate with people using a different IDE. For example, you could be using Android Studio, while your colleague is using Visual Studio Code and you both could be pair programming without any issues.

Duckly is great for developers working together, it improves its communication, collaboration, the team speed and by consequence the code quality. All team members with Duckly can easily follow the code, discuss and code together as if they were side by side.

How to start pair programming with Android Studio

1. Open Android Studio and go to Preferences > Plugins
2. Search for the Duckly plugin and install it (it might ask you to restart your IDE). 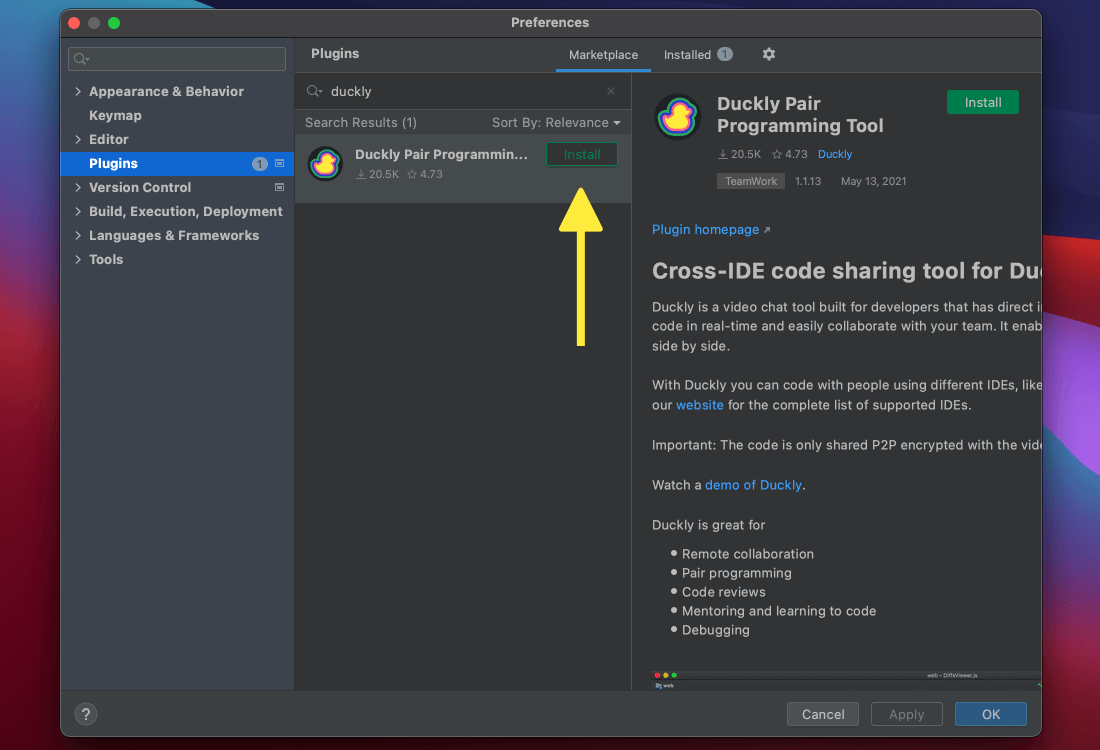 3. After installation, you need to login on your Duckly account. 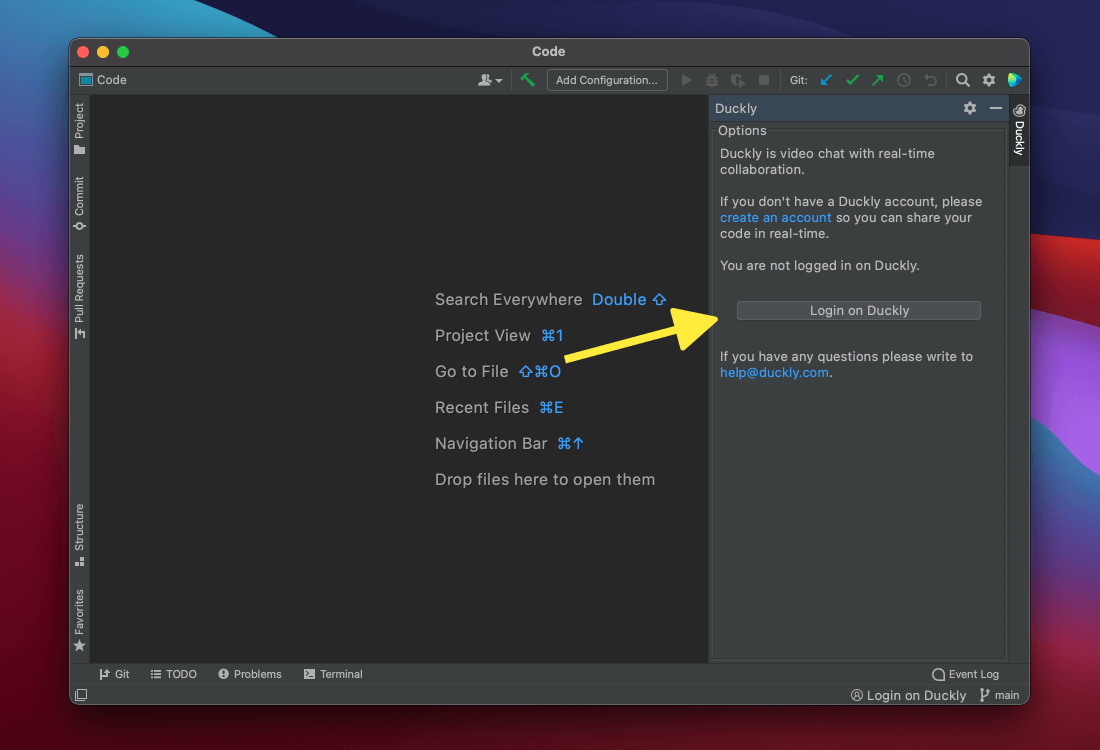 4. It will ask to open a URL. Open the URL in the browser and in this way your Duckly account will connect to your Android Studio. 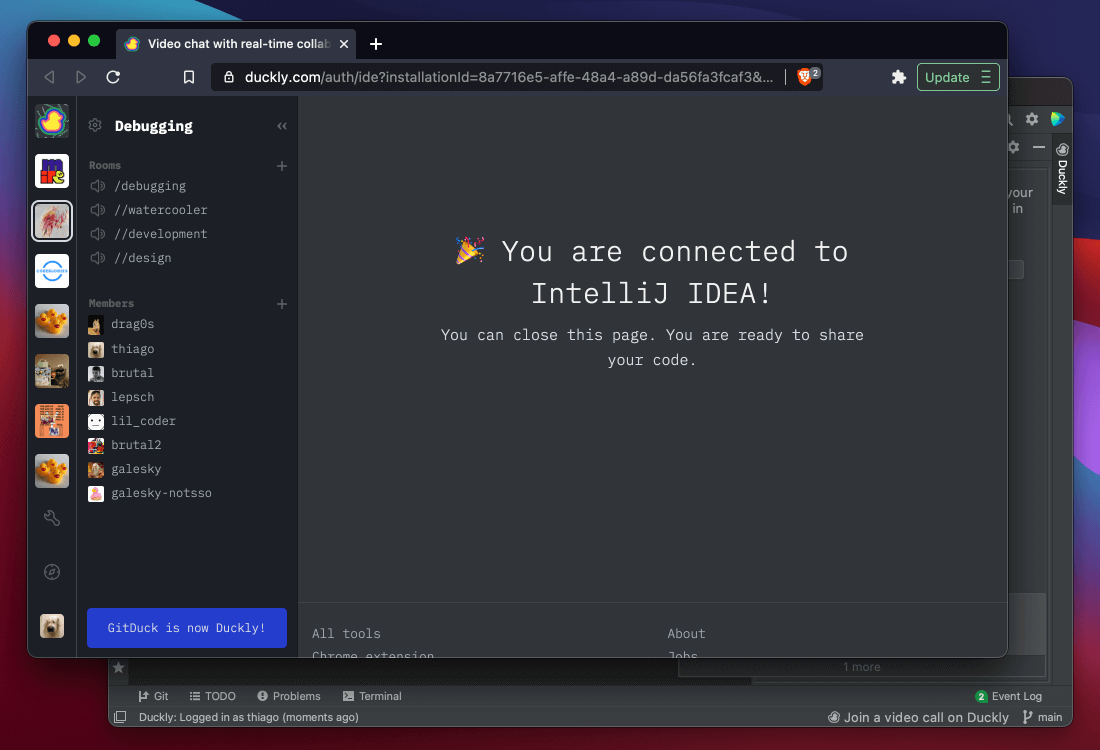 5. Now you can join a call on Duckly and your Android Studio will show the option to start sharing your code. 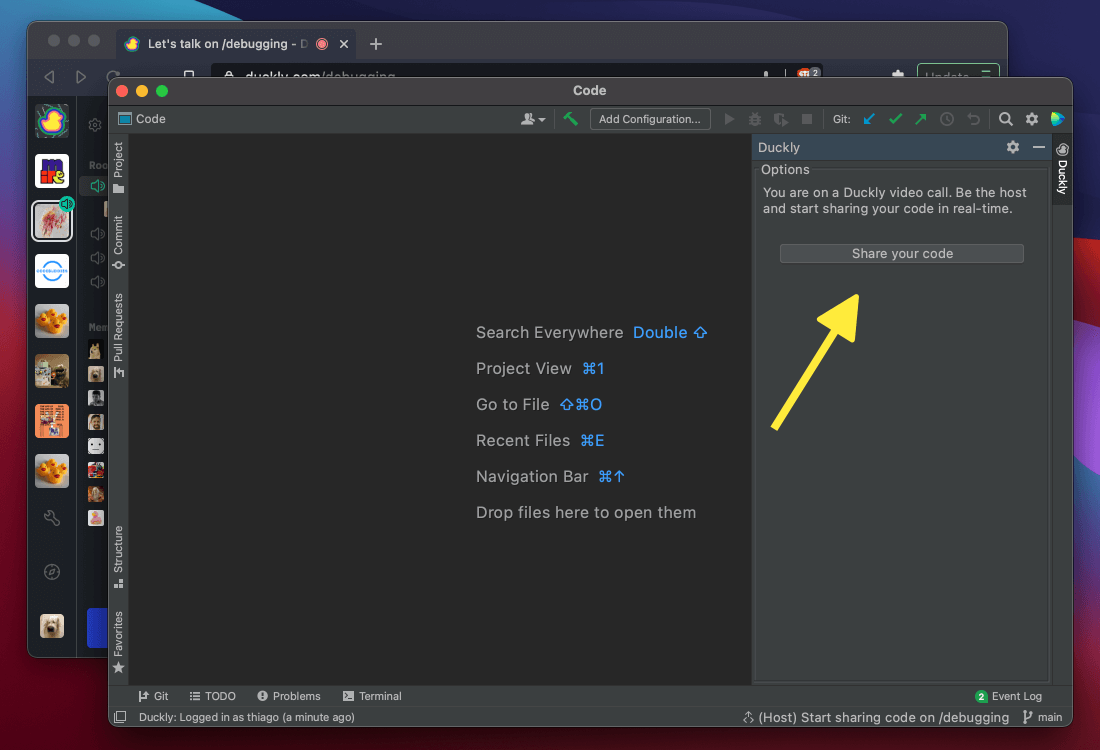 6. You are sharing your code! Anyone that joins that call can collaborate with you and edit your code in real-time. 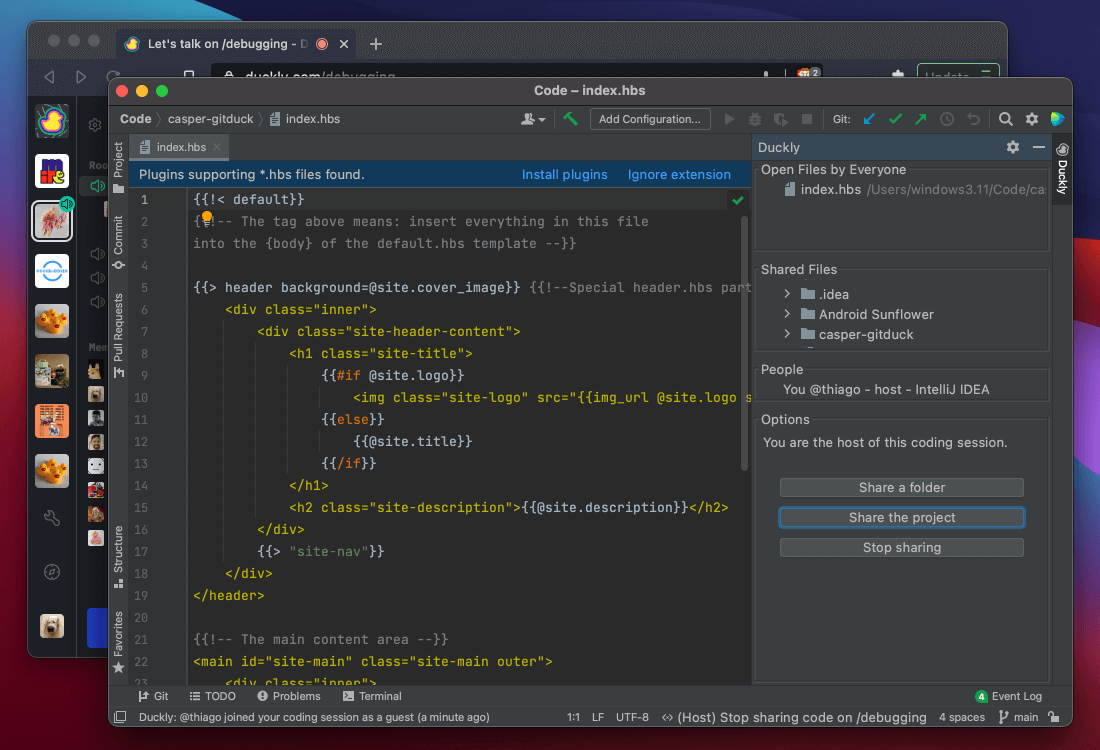 Some people are less nervous about pair programming or code sharing than others, but the benefits make it worthwhile. The benefits include:

Your code is only shared P2P and encrypted with the participants on your call. No data touches our servers. Be sure to check more details about our security here.

If you need help, don't hesitate to talk to us!

You can always contact us at help @ duckly.com or join our Slack group.