Today a new chapter begins with a new name that welcomes different ways of working and empowers knowledge sharing as a way for teams to work and grow together.

We started GitDuck to improve the way we collaborate and share what we know. At first, it was a tool built only to fix our own collaboration challenges and focused on the developer's experience. However, as more people started using GitDuck, we realized that not only developers were using it, but also designers, product managers, QA, support, etc.

Duckly is a communication and collaboration tool built for teams that take special attention to how people can collaborate in real-time. We are committed to tackling online collaboration by building tools that help people work efficiently as if they were side by side.

Why we were called GitDuck

We think rubber duck debugging is a really powerful technique. It consists of explaining out loud a problem (or bug, feature, etc) as detailed as possible. By talking aloud about it, you get more clarity about the issue you are facing and a better understanding of how to solve it. The interesting thing is that you really don't need another person to be listening to you. You could talk to a simple rubber duck and that would also work.

We knew this technique was great for developers and we wanted to combine it with an asynchronous video recording. You could record yourself programming, explaining what you are doing and in this way, you and your colleagues could have a full understanding of the code.

The GitDuck name came from an early idea that we had. After doing a commit, you could record a short video explaining your last commit by just typing "git duck" on the terminal. We thought that was cool and we decided to name the product GitDuck.

The product evolved a lot from that and although we started with asynchronous videos, we soon learned that real-time knowledge sharing was a bigger problem. In the last few months, we focused on building a video chat with real-time code sharing (pair programming) and unique features for everyone involved in the product life cycle.

Why are we changing the name?

Although we loved the GitDuck name, due to the "git" prefix, it was naturally sometimes perceived as a tool exclusive for developers when in reality we are helping the whole team, not only developers, to communicate and work together.

We are committed to helping different people to work better together, share what they know, and achieve more as a team. The Duckly name and its visual identity represent that. The colors represent the diversity of ways of working. The duck icon expands with the colors, representing that people can go beyond their potential when they work together.

The new name is just the beginning of a series of improvements that we are preparing. Besides building more integrations for developers, we are also adding tools that can be used by the whole team. The Cobrowsing tool launched some weeks ago is a good example of it. Developers can use it to share a website running local, while product managers can share a website with the roadmap and discuss the sprint.

Today are we launching a new extension for Visual Studio Code and the redesign of the calling experience.

This is a brand new extension for VS Code redesigned from scratch to solve a couple UX issues:

This is going to be the base for the plugins for other IDEs that we are going to launch in the following weeks.

We also redesigned the calling experience to make it more flexible for your needs. You can resize, hide, split and move any content around, making it very easy to take advantage of the whole screen.

This is just the beginning.

Pair programming is a software development methodology in which two programmers or more work together at one workstation. It's an effective technique for collaboration, knowledge sharing, and problem-solving. In this blog post, we’ll explore 5 reasons why you should try pair programming. 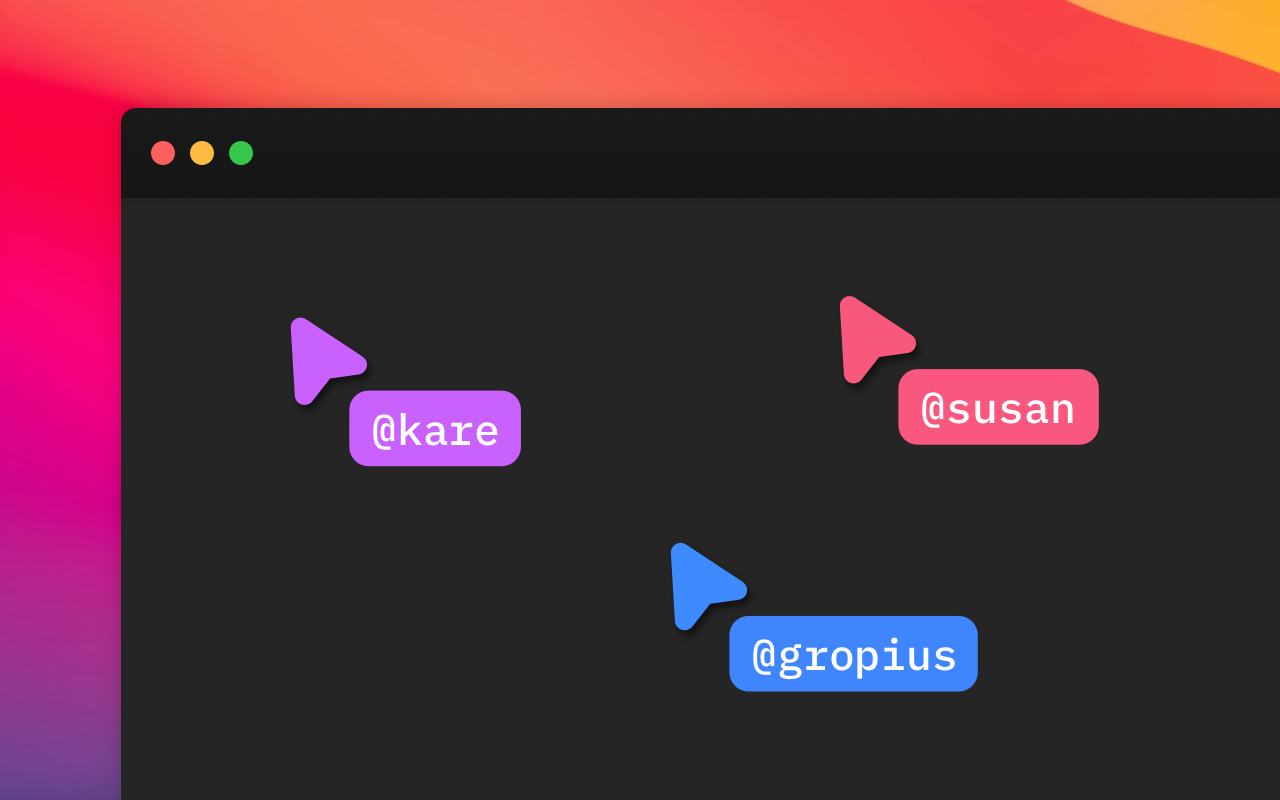 Screen sharing without interaction is like talking on a walkie-talkie instead of having a real-time conversation.